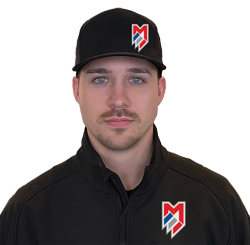 Hampus grew up playing for his local team, he represented Djurgarden J20 in the Swedish SuperElite League before he moved to the U.S. at the age of 18. He played 2 seasons with the Odessa Jackalopes in the North American Hockey League, where he finished his junior hockey career as a part of the All-NAHL Team, South Division All-Star Team, South Division MVP, and South Division Forward of the Year. He continued his career at Bemidji State University D1, he was named Alternate Captain for the Beavers and graduated with a degree in Business Administration.